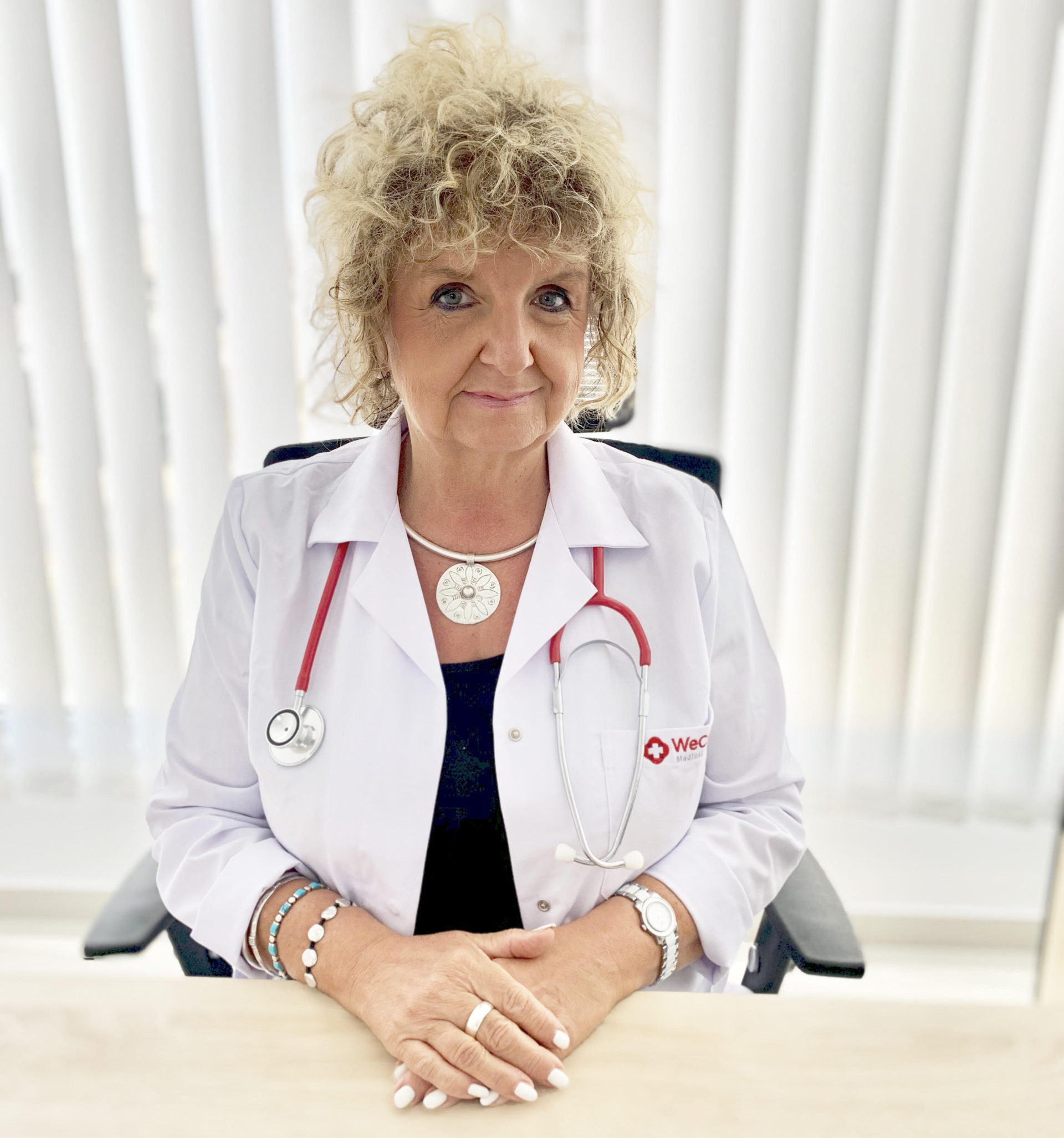 Dr Krupotow is a Polish-born doctor with a high level of clinical expertise and vast experience in working in a cross-cultural and multinational environment. She graduated from Warsaw Medical University in 1985 and acquired her specialization degree in General Pediatrics in 1995.

Driven by her interest in the smallest and youngest patients she obtained her specialty degree in Neonatal Medicine in 2003. She had worked in Warsaw’s best-known hospitals such as Warsaw Children Teaching Hospital, Mother and Child National Research Institute, Medical Centre for Postgraduate Education-Prof. Orlowski Teaching Hospital and Independent Gynaecology and Obstetrics Hospital “Inflancka”. At District General Hospital in Pruszkow she was the Deputy Head of the Neonatal Department.

In the period of 1998 – 2001 her work in a Hungarian pharmaceutical company Gedeon Richter Ltd. as a Clinical Research Associate, Product Manager and Business Unit Manager enabled her to combine clinical knowledge with practice in people and product management.

In 2002 she worked as a General Doctor in private Al Shatti Hospital in Muscat, Sultanate of Oman. Her continuous interest in people and the world led her to explore the United Kingdom, where she obtained her General Practitioner rights in 2007. Following her work as a Pediatrician in the Hemel Hempstead General Hospital in the West Hertfordshire Hospitals NHS Trust in 2005 she became a Port Medical Inspector – Specialty Doctor in Public Health, at the Health Control Unit – London Heathrow Airport run by Health Protection Agency/Public Health England.

From the fourth quarter of 2020 Dr Krupotow became a Pediatric specialist for private patients at WeCare Medical Centre.